Berliners and Brandenburgers should enjoy the last rays of sunshine for the time being, despite cooler temperatures. Because: From Thursday (04 March 2021), the German Weather Service (DWD) expects winter to return - at least for the next few days. On Tuesday and Wednesday, after initial fog, the DWD expects once again a lot of sunshine and values up to 14 degrees.

From Thursday onwards, the weather will change and the meteorologists predict occasional rain or sleet in addition to dense cloud cover. The thermometer will then show only between five and ten degrees. The situation is similar on Friday: heavily clouded, sleet in some places - or even snow showers and a maximum of only three to six degrees. 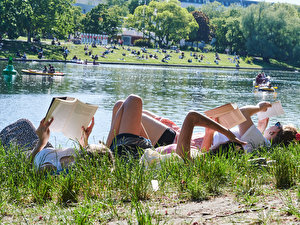