The Jewish Museum Berlin is introducing free admission to its permanent exhibition. As soon as the museum can reopen, access will be free of charge for all visitors, the museum announced on 22 February 2021. The Anoha Children's Museum, which is expected to open in June 2021, will also be accessible for free. On the initiative of Minister of State for Culture Monika Grütters (CDU), the Bundestag provided the funds for the admission fees that will no longer be charged from 2021. In doing so, the museum reaffirmed its commitment to being an open place for encounters and debates. Especially in times of rising anti-Semitism, the museum has a special responsibility, explained director Hetty Berg. Admission to temporary exhibitions remains chargeable for visitors aged 18 and over, as do guided tours, workshops, selected events and other offers.
In the coming year, the museum will dedicate itself to the philosopher and enlightener Moses Mendelssohn (1729-1786). Also planned for this year are the first comprehensive exhibition of the work of video artist Yael Bartana in Germany (from 26 April) and an exhibition of works by photographer Frédéric Brenner from 3 September. 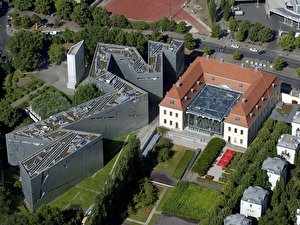