Welcome to the urban jungle: With the reopening of the Alfred-Brehm-Haus in the Tierpark, Berlin now has a piece of rainforest, king cobra and Sumatran tiger included. The new terrariums in the Alfred-Brehm-Haus in the zoo shine brightly.

The zoo building, a jewel of GDR architecture from the 1960s, which was renovated for around eight million euros, transports visitors to the tropical island world of Southeast Asia. From Friday (17 July 2020), the building will reopen to visitors after two years of renovation, the zoo announced on Thursday.

For the animals it means: less is more. Instead of ten species of predators as in the past, four big-cat varieties will live here in much more extensive and near-natural enclosures: Sumatran tigers, Java leopards and clouded leopards. The golden cats should move in at the end of the year. Nunsi, the cute tree-kangaroo, is completely new to the rainforest world.

Geo-zoo is the name of the principle according to which dozens of animal species and around 5000 plants from tropical regions of Southeast Asia have found a common home. Rainforests are one of the most species-rich habitats on earth. As humid, hot and humid as it is there, the heart of the house also welcomes its guests: the Tropical Hall. To make sure that visitors can see exactly what is flaring and creaking there, there is a special hair dryer at the entrance. 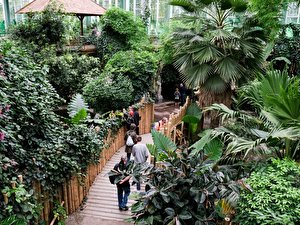 After a two-year conversion period, the renovated Alfred-Brehm-Haus opened to visitors on 17 July 2020 as a rainforest world in the Berlin Tierpark. more 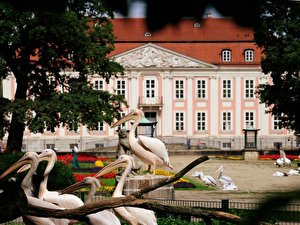