Hundreds of thousands of Berliners will have to pay more for their electricity from August onwards. The basic supplier Vattenfall is raising its tariffs, justifying this with higher taxes and charges as well as increased grid and procurement costs. An electricity meter in a private household.

For a household in the basic supply tariff with an annual electricity consumption of 2200 kilowatt hours, the invoice amount will increase by 3.87 euros per month, Vattenfall informed the German Press Agency on Tuesday (16 June 2020). This corresponds to an increase of almost six percent.

Vattenfall has around 1.6 million customers in Berlin. In concrete terms, the consumption price will rise from 31.14 cents per kilowatt hour to 33.25 cents. The basic price remains stable at 8.20 euros per month. This means that the more a household consumes, the greater the impact of the price increase. For the Easy12 and Easy24 tariffs, Vattenfall put the price increase at around 5.4 percent.

Reduction in VAT should be taken into account in annual accounts

For the time being, customers will pay the previous VAT rate. Vattenfall assured that if the federal government lowers it from 19 to 16 percent as announced, this will be taken into account in the annual financial statement. The German government wants to reduce the tax for half a year from July onwards in order to stimulate the economy during the Corona crisis.

Electricity prices on the rise nationwide

Nationwide, electricity prices had risen recently. In three quarters of the network areas, customers have already received an increase this year, as database analyst Enet has calculated. He assumes a model household with a consumption of 3500 kilowatt hours and also sees an average increase of almost six percent. 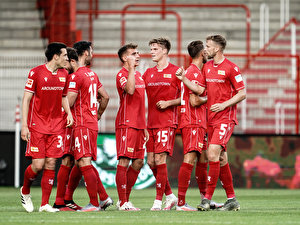 The rookie did it. Two matchdays before the end of the memorable season, Union have in any case extended their stay in the Bundesliga by one season. more