After the compulsory Corona break, eight Berlin baths will open on Monday (25 May 2020). These include the summer swimming pools in Wilmersdorf, in the Olympiastadion and in Spandau-Süd as well as the lido's at Wannsee, Jungfernheide, Lübars and Friedrichshagen. All of the pools required a special permit for this purpose, the Berliner Bäder-Betriebe announced on Friday.

Online tickets and standard prices: Special regulations because of Corona

However, the usual bathing fun will not be available yet. It is only possible to book online tickets in advance for the facilities of the swimming pool companies for a certain time window, said spokesman Matthias Oloew. The tickets cost a uniform 3.80 per visit. In order to be able to track infections, visitors are asked for their name and telephone number.

The number of hours allowed in the swimming pool also depends on its size. After that the pools close for a cleaning break and reopen later in the day. With a few exceptions, such as in Wilmersdorf, indoor showers and changing rooms remain closed for the time being. This often applies to playgrounds, slides and diving boards. However, the toilet facilities are open - all visitors are asked to wash their hands and to keep their distance and consideration.

More lifeguards and staff for security

Because of the distance rules - also in the water - there will be more lifeguards and security, Oloew added. Most of the personnel will not be newly hired, but will be taken over from the indoor swimming pools. Depending on the crowd at the pools, there could also be waiting times. If the rules are disregarded, there could be house bans.
The private lido in Lübars was also subject to a specific hygiene and usage concept, as the management announced on Friday. The bath will be open from 9 to 19 o'clock. Day tickets can be bought here without online booking at the cash desk, there are no time limits. However, a distance of at least 1.50 metres is required at the cash desks, slides, at the diving platform, on the sunbathing areas and in the water. Outside, the showers and catering facilities remained open. 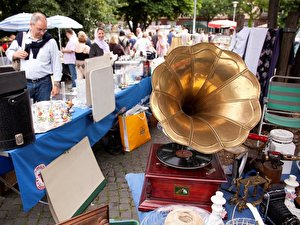 From 23 May onwards, Berlin's art and flea markets may reopen. For the popular market at Mauerpark, the flea market season starts later. more 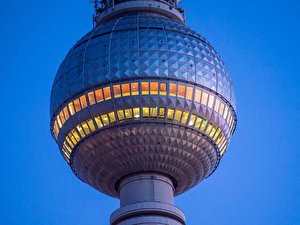