KaDeWe and Karstadt may reopen their entire stores again

KaDeWe and Karstadt may reopen their entire stores again

The Karstadt and Kaufhof stores as well as the famous Kaufhaus des Westens (KaDeWe) are allowed to reopen their entire area in Berlin for the time being, despite the corona crisis.

This was decided by the administrative court of the capital on April 30, 2020, a court spokesman said. The department stores, all of which belong to the Austrian Signa Holding of the investor René Benko, had filed an emergency petition because they are allowed to open during the Corona crisis - but only a fraction of their sales area.

KaDeWe has over 60,000 square metres of sales space

For example, it wants a regulation of the state that allows shops outside the food trade to be opened up as long as the area does not exceed 800 square metres. The KaDeWe, which, according to its own statements, has a total sales area of around 60,000 square metres, criticised the regulation in court as "arbitrary and disproportionate".

The judges contradicted this view. The 800-square-metre restriction was not arbitrary, they said, because a larger flow of customers could be expected from this size upwards. However, the suing department stores had criticized another point: While they had to close most of their shopping space, Shopping Centers in Berlin are allowed to open almost their entire store space - although these also exceed the 800 square meters many times over.

Judge: Malls and department stores must be treated equally

The reason: the 800-square-metre rule applies in shopping centres to every single store. It is true that there are also chains there whose stores are considerably larger and which therefore have to close off. But the judges saw no reason for the different regulation. "Malls and department stores do not differ in terms of the breadth of their range of goods and their attractiveness to customers, so that different treatment is not justified," the administrative court stated.

week", the operators announced on Thursday. An appeal against the Administrative Court's decision can be lodged with the Higher Administrative Court of Berlin-Brandenburg (OVG). The OVG had approved the 800 square meter regulation for Brandenburg the day before and thus rejected similar objections by other department stores.. 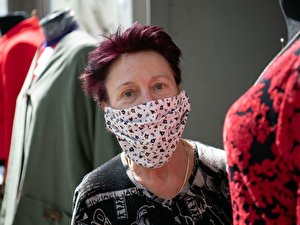 From Wednesday, people in Berlin will also have to wear a mouth and nose protector when shopping in order to contain the transmission of the coronavirus. more 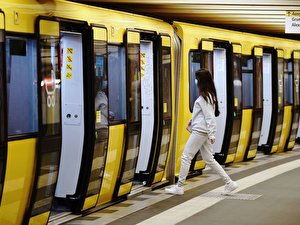