The Investitionsbank Berlin (IBB) has so far paid around 1.6 billion euros in emergency aid to the self-employed, freelancers and micro-enterprises. An account statement with the transferred amount of Corona Emergency Aid.

By Thursday afternoon (8 April 2020) a total of some 191 500 applications had been processed, IBB reported. Now the programme is to be paused over the Easter holidays. "This was an enormous effort", said IBB head Jürgen Allerkamp. "Therefore we will use the Easter holidays to recharge our batteries so that we can be fully energized again after Easter." From Tuesday on, applications would be accepted again.
Under the programme, freelancers and companies with up to five employees can apply for emergency aid of up to 9000 euros. For companies with up to 10 employees, up to EUR 15 000 is available. The money now comes entirely from federal funds. Previously, the state of Berlin was also involved.
On Thursday, after a long struggle, the Senate launched two new aid programmes for companies with more than ten employees. Until now, these could only receive support through loans. Economic Senator Ramona Pop (Greens) and Culture Senator Klaus Lederer (Left) now announced that companies with 11 to 100 employees can receive grants that they do not have to pay back. These are to amount to an average of 25,000 euros, but may be higher or lower depending on the company. A total of 105 million euros have been earmarked for this purpose. 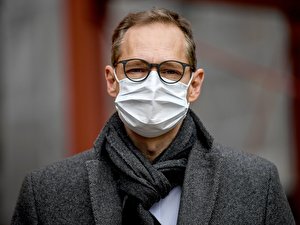 Berlin's Governing Mayor Michael Müller has appealed to the people in the capital to adhere to the exit restrictions and distance rules due to the corona pandemic also during Easter. more 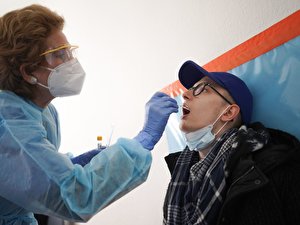 Just over a month ago, the new coronavirus was detected for the first time in Berlin. Soon, special examination sites for tests were established. What is the result after one month? more