Tempelhofer Feld is getting around 90 new trees. Oaks, maples, cherry, plum and pear trees will be planted on the site of the former airport from Thursday (27 February 2020), the Senate Department for Environment and Transport announced on Tuesday. View of the Tempelhofer Feld in Berlin.

Among other things, they are intended to provide shade. The planting work is expected to end at the end of April. According to the senate administration, a public tree planting is planned for the second half of March. This will demonstrate what needs to be taken into account, such as the necessary planting depth and the planting framework that will secure the trees.
The approximately 300 hectare Tempelhofer Feld was opened to the public in 2010. In a referendum in May 2014, almost two thirds of the participants voted in favour of leaving the open space as it is. According to the senate administration, the tree plantations are a measure within the framework of the development and maintenance plan based on the law for the preservation of Tempelhofer Feld passed with the referendum. 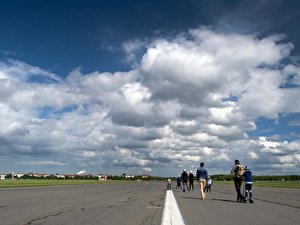 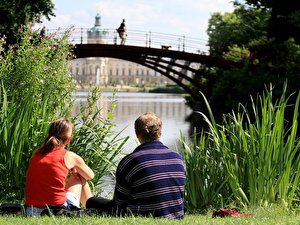