According to airport boss Engelbert Lütke Daldrup, around 35.5 million passengers have travelled via Tegel and Schönefeld airports in the past twelve months. Although the two airports are quite old, the number of passengers in the capital has increased by another 2.2 percent. It is almost twice as high as in 2006, the year in which construction of the new capital airport BER began. It is scheduled to go into operation this autumn after years of delays.

Tegel airport is scheduled to close after this. "Despite general consolidation in air traffic and route cancellations, Tegel Airport has achieved growth of over ten percent", said Lütke Daldrup. There were 24.2 million passengers at the inner city airport. At Schönefeld Airport, on the other hand, the number continued to decline and, after a drop of around twelve per cent, now stands at 11.3 million.
"We have two well-functioning airports, where our employees outgrow themselves every day," said the airport boss. "We believe that the BER will provide the capital region with even better international connections.

On 31 October 2020, the BER is scheduled to open with a nine year delay. Lütke Daldrup expressed confidence that this will be accompanied by a significant growth in intercontinental connections. Recently, several associations had criticised that there were too few of these in the capital. "A new economic centre will emerge around the BER," he said. The region attracts investors, he said, and the planned factory of car manufacturer Tesla is one of many examples. 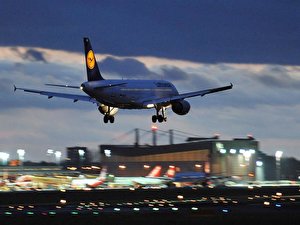