In the first half of this year, 278,500 people from Britain visited the German capital. That was 7.4 percent less than in the same period last year. These numbers were announced by the Berlin-Brandenburg Statistical Office on Thursday, 8 August 2019. Overall, however, the number of holidaymakers continued to grow, with the Office reporting the next record: 6.7 million guests (plus 3.8 per cent) and 16.1 million overnight stays in hotels (plus 5.3 per cent). Most Berlin visitors still are from Germany. In the first half of the year, however, significantly more Italians and Spaniards explored the city, and the number of US tourists also grew. 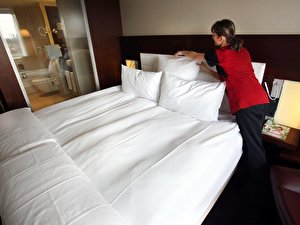