The weather this June is out of line from an expert's point of view. It is extraordinary that it is so hot so early in the year, said meteorologist Thomas Dümmel of Freie Universität (FU). A window cleaner provides a clear view in bright sunshined

He expects a record average temperature: "The value, which is calculated from night and day values, is currently already 21.7 degrees. Normal are 16.5 degrees. The previous record is more than 100 years old: in 1917 an average of 21.0 degrees was measured in Dahlem. The series of measurements has been running since 1908.
With 285 hours of sunshine so far, the normal monthly value of around 220 hours has long been exceeded, says Dümmel. In addition, the 30-degree mark will probably be broken on many days by the end of the month: Dümmel assumes that there will be twelve such days. The peak value so far comes from 1947 with eight days over 30 degrees. Formally, June has not been too dry, but it has only rained heavily on a few days. Nature had hardly profited from this. "Most of the rain went into the sewers. The forecasts for July so far have been moderate, said Dümmel. 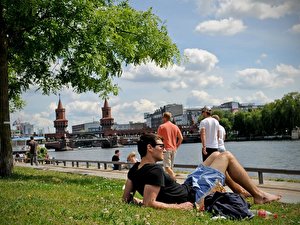 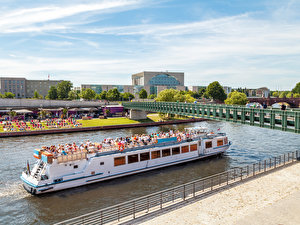