Around 31,000 households and 2000 businesses in Köpenick and Lichtenberg are without power. Traffic and public transport are also affected. The blackout, which occurred at 14:00 on Tuesday (19 February 2019), affects the districts Köpenick, Grünau, Müggelheim, Bohnsdorf and Schmöckwitz in the southeast of Berlin as well as parts of Lichtenberg. Many schools and nurseries remained closed on Wednesday. Rail replacement buses are operating along the affected tram lines. The cause of the blackout has been determined: A power cord and its replacement cord were both damaged during construction works at Allendebrücke. Electricity distributor Vattenfall estimates the repairs will be completed until 21:30 on Wednesday evening. 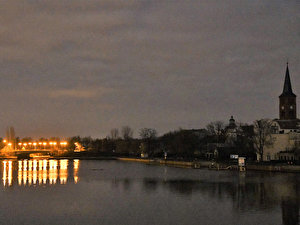 Pictures of the blackout in Berlin-Köpenick (in German) more