At the turn of the year, Berlin is in a special mood: On New Year's Eve, the lively city virtually vibrates with anticipation of the evening's festivities. In the Corona year 2020, however, there will be no wild parties or large family gatherings. Provided that the applicable distance and hygiene rules are observed and enforced, however, Berliners and visitors will not have to forgo New Year's Eve atmosphere altogether.

Please note: Hygiene regulations and contact restrictions must be observed throughout Berlin. Anyone who shows symptoms of a cold, is acutely ill or belongs to special risk groups should generally avoid contact.

The data is checked regularly. However, due to the dynamic nature of the infection rate, changes and cancellations may occur at short notice. This is how Berliners can celebrate and enjoy New Year's Eve in Corona times (as of December 15, 2020):

For families, the most important thing is to celebrate the New Year together with loved ones. This year, this is only possible in a limited form. To avoid infection hotspots, an unlimited number of people are not allowed to get together at the same time over the holidays. The following guidelines apply to family gatherings with more than one household:

Furthermore, it is recommended to keep as much distance as possible from persons from the risk group and to ventilate regularly, even during joint celebrations.

Visitors may stay overnight in hotels
Even though tourist overnight stays in Berlin remain prohibited during the holidays, relatives of Berliners are allowed to stay in hotels and guesthouses during necessary private visits.

There is no general ban on New Year's Eve fireworks in Berlin. Families can therefore let rockets fly into the sky or set off firecrackers in the garden or outside the front door. This is permitted for Class 2 fireworks only on December 31 and January 01. In some districts, the permission is further limited to the period between December 31, 18 clock and January 01, 07 clock.

On busy streets and squares - as already in 2019 - a ban on fireworks and firecrackers will take effect. In addition to Alexanderplatz and the area around Schöneberg Pallasstraße, which were already prohibited zones last year, 54 additional areas have been designated where fireworks may not be set off:

In addition, the sale of firecrackers and fireworks is prohibited this year. Berliners who want to buy firecrackers in the neighboring country Poland, must then for ten days in quarantine.

It is the highlight of the New Year's Eve party at the Brandenburg Gate: the big New Year's Eve fireworks display above the Quadriga. It is not yet certain whether the fireworks will also take place in the Corona year 2020 and will be streamed live. Information on this will follow shortly.

Another fireworks highlight at the turn of the year can be admired at Breitscheidplatz. At the Europa Center, four fireworks are set off every year. Here, too, it is not yet clear whether the tradition will be continued this year.

Wild New Year's Eve parties can not take place this year. The clubs in the capital will remain closed. Those who still don't want to miss out on the party atmosphere can bring it into their own four walls via livestream.

Important note: This represents absolutely no call for the organization of private parties. Rather, it is intended to create the opportunity to meet in digital space as a substitute for physical events.

Tomorrowland: Digital party with high-quality line-up
The digital New Year's Eve party Tomorrowland wants to be more than just a livestream broadcast of DJ sets. Rather, participants are given access to an independent digital world in which they can move around almost freely.

At least in one respect, «same procedure as every year» will also apply in 2020. The popular play Dinner for One will be shown extensively on german television again this year.

Dinner for One: Broadcast dates on german television on New Year's Eve 2020

Who has not yet had enough, can keep watching the play on 01 January: 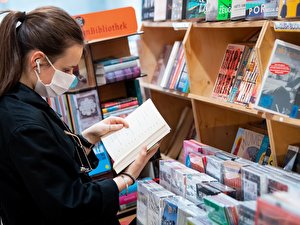 Since 16 December, Berlin has been in a so-called hard lockdown. Until 10 January, many shops and service providers have to close. Sales establishments offering products for daily needs are exempt. more 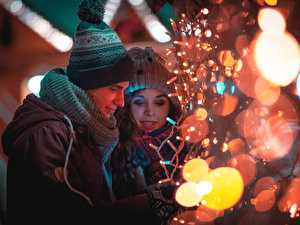 Christmas in times of the coronavirus in Berlin

Despite the restrictions due to the coronavirus, the capital shows its fairytale side at the end of the year. more