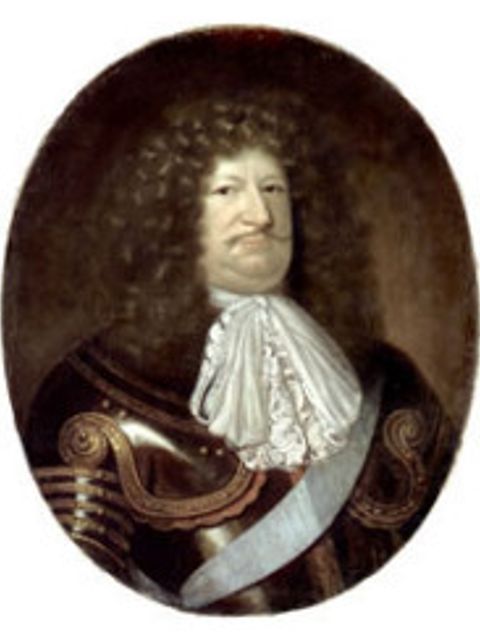 Administration and control of the Mark is given to the Burgrave of Nuremberg, the Hohenzollern Friedrich VI, initiating 500 years of Hohenzollern rule in Berlin. At the Council of Constance in 1415, King Sigismund elevates him to the rank of Elector and Margrave of Brandenburg as Friedrich I.

Berlin and Cölln merge to form a single municipality. The elector Friedrich II puts an end to this joint administration in 1442 in the interest of expanding his own powers.

The foundation stone of what will become Berlin’s City Palace is laid on the “Spree island” in Cölln. Construction and reconstruction continue until 1716, when the building takes its final form.

The elector Johann Cicero makes the palace in Cölln the permanent residence of the Brandenburg electors of the Hohenzollerns. Becoming the seat of the ruler boosts the city’s political significance, but also entails a loss of its freedoms.

Berlin and Cölln have a population of around 12,000.

Reformation in Brandenburg: on November 1, for the first time, the elector Joachim II takes communion according to Lutheran rites in Spandau’s St. Nicholas church. The town council and the citizens of Berlin/Cölln follow his example a day later in a public ceremony. In the summer of 1540, the Reformation is made binding by a new church ordinance for all of Brandenburg.

The inn “Zum Nussbaum” opens in Cölln on the southern tip of Fisher Island (Fischerinsel) in a building that was destroyed in 1943. As Berlin’s oldest recorded inn, it is reconstructed from 1986 to 1987 in the Nikolaiviertel.

An avenue is laid out between the City Palace and the Tiergarten, the elector’s hunting preserve west of the city, and is later known as Unter den Linden.

By the end of the Thirty Years’ War, the population of Berlin/Cölln has dropped by half to 6,000.

Until 1683, Berlin and Cölln are built up to create a fortress in the form of a star with 13 bastions. Remains of these fortifications can still be seen near the Märkisches Museum.

Friedrich Wilhelm, the Great Elector, issues the Edict of Potsdam. Many of the Huguenots being persecuted in France for their faith move to Berlin and Mark Brandenburg. Starting as early as 1661, the Great Elector issued a number of edicts easing restrictions on immigration for new settlers and people suffering religious persecution. 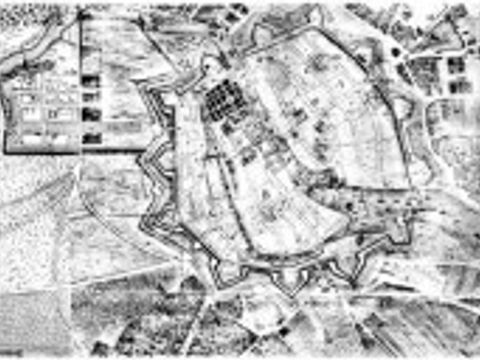 The population reaches 20,000. Thanks to the many immigrants, trade and the economy experience sustained growth.

The elector Friedrich III has a palace built for his wife, Sophie Charlotte, west of Berlin/Cölln near Lietzenburg. After her death in 1705, it is renamed Charlottenburg Palace.

The Hohenzollerns in Berlin